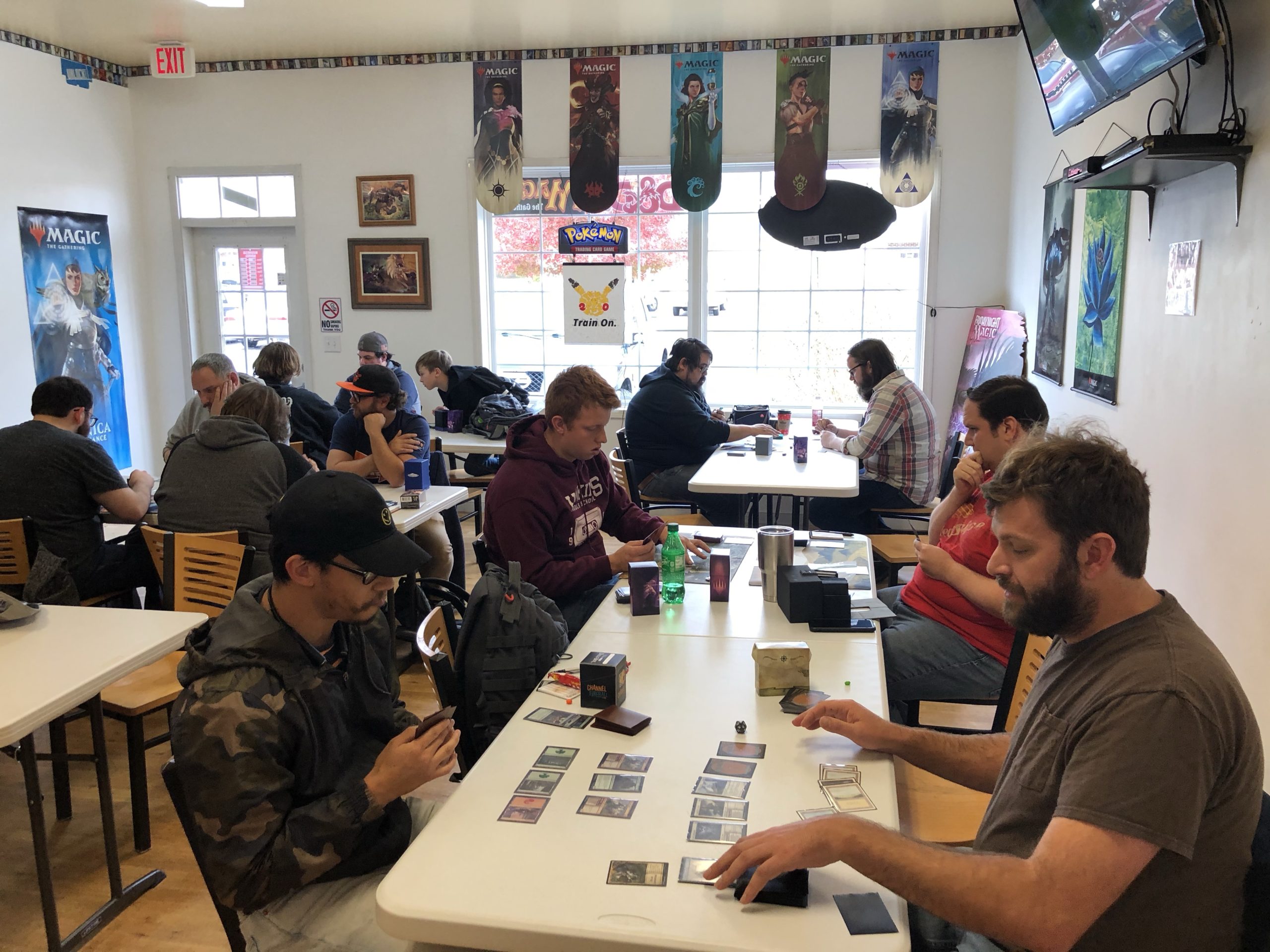 Well, we did it again. We did a sealed event using Pre-release kits from Eldraine. Things were going well until the usual chatter from Mr. Casby. “You gave me the worst sealed pool.” Well normally I would ignore such a thing but truth be told three mono colored rares of Linden, the Steadfast Queen, Gadwick, the Wizened, and Yorvo, Lord of Garenbrig is pretty bad. Oh, and for the two other colors he pulled a Stormfist Crusader. Yes, the pool wasn’t looking to great, however, he did finish 3-1. Well… enough about Casby…there happened to be an echo across the room, there was an Oko sighting! Disclaimer that no Elk we’re harmed during this event. There was a guest appearance from Michael Palmer who provided some additional prize support to the top 3! Congrats to Ted Stanton and John Webb who split for the Top 2. Ted took home a foil promo pack, 4 Eldraine booster packs and a $20 Brew Craft Bar & Kitchen gift card. John took home a foil promo pack, 2 Modern Horizons packs and 3 Eldraine booster packs. Thanks to everyone for the awesome turn out.

For the non Magic the Gathering players

The Fox in the Forest Duet

For the non Magic the Gathering players

Hi Guys!
We started out with a dream to have a place where friends can gather and play their favorite games in a friendly environment. Through hard work and determination, we opened Modern Table Top Gaming and we're so excited to share it with you!
-Chris and Kristin Wood

This website uses cookies to improve your experience. We'll assume you're ok with this, but you can opt-out if you wish. Accept Read More